Yesterday, rising artist Ellington returned with his sophomore single, and first release of the year, as he debuts his brand new track Sun To Rise!

Born and raised in the Los Angeles area, multi-talented artist Ellington Ratliff – better known by his artist name Ellington – made his solo musical debut last December with the release of his single EMT; showcasing, and introducing us to, his unique brand of artistry. And with this, his solo music was greeted with incredible acclaim and a thoroughly positive reception. No stranger to the music scene, as a previous member of the pop group R5, and recording and touring with alt-pop band The Driver Era; Ellington continues to now build on EMT and further his musical journey as a solo artist and musician. Yesterday, Ellington came back with his sophomore single, and first release of the year, as he delivered his brand new track Sun To Rise!.

Building on his sound and artistry, Sun To Rise! brings us further into Ellington’s unique sonic world; immersing us in an intense, rock-based, world. Beginning the track with a more hardcore rock sound and instrumental, the melody softens out, and progresses into a more gentle pop-rock sound, before progressing back to a more prominently rock-led chorus; ending the track on an impressive note with skilled guitar riffs and a high, powerful energy. Placing his mark on the music scene, Sun To Rise! is a perfect follow on from EMT and showcases Ellington delivering a style that is uniquely his own. Further highlighting his talent and skill as an artist, Sun To Rise!, along with EMT, was both written and produced by Ellington himself; mixed by the legendary Mark Needham.

“I’ve been off the deep end only cuz its sweet and sometimes you don’t need a reason it’s the time of our lives – ‘Sun to Rise!’ is the first song I wrote for this project and represents when you’re at a low point and there’s this sense of freedom and mischievousness you feel when the only way is up. Whether it be the injustices in the world or you feel like you’re neck deep in the sand with the tide coming in sometimes all you can do is wait for the sun to rise.”

A perfect follow on from EMT, both songs will be available on Ellington’s debut EP which is set for release this spring. A rising force on the music scene, make sure to keep up with Ellington’s journey on all his socials, and keep your eyes peeled for all his forthcoming music and releases. 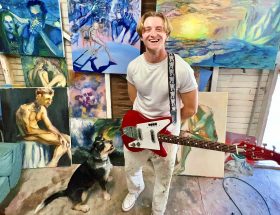 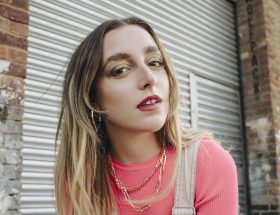