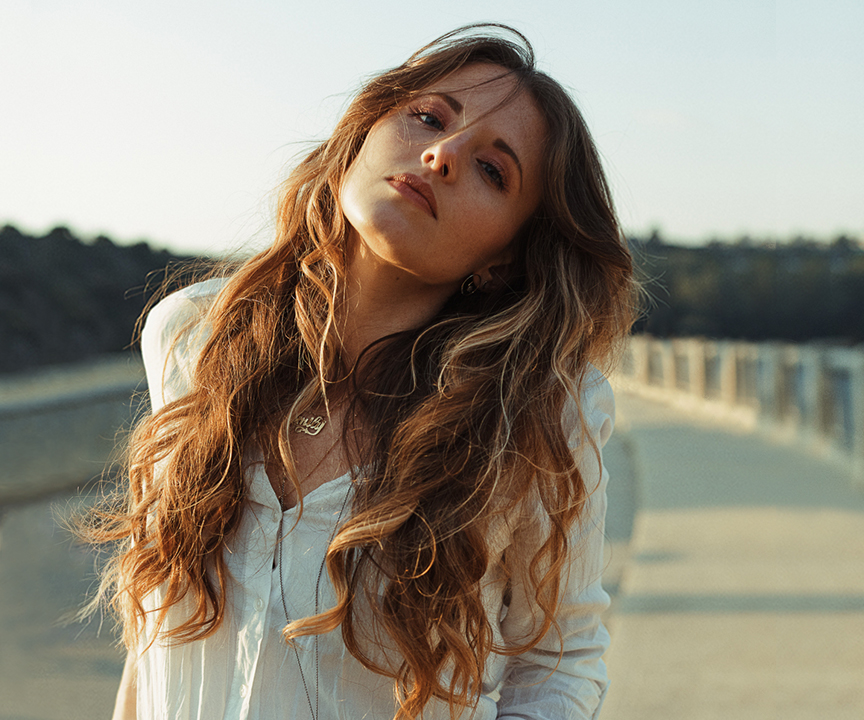 Today, it is all about Nashville-based singer songwriter Emily Hackett, and her latest new release, Handle. With her stunningly detailed storytelling, Emily sheds light on the countless liabilities of being human; and works to transform even the most painful feelings into something beautiful and glorious through her sunning and heartfelt songs. With stripped back and acoustic vocals and melodies, Emily is a definite “must listen” for those fans of Dan + Shay, Ron Pope and Taylor Swift. And Earlier this month, Emily debuted some brand new visuals for Handle, straight from quarantine. Following this, we sat down with Emily to chat about, and get a “behind the track” look at, Handle and the song’s stunning video.

“Music was a very natural thing to be drawn towards in our household, primarily because of my dad who played guitar and was listening to records constantly. I started on flute and when I figured out I couldn’t sing and play at the same time, I switched to guitar.”

Emily talking about first getting started in music

Coming off of her EP by the same name, released earlier this year in May; Handle is a candid and emotional track co-written and produced by Davis Naish, and marks a strong continuation of Emily’s brand new era of Americana/pop crossover music. Discussing the track’s instrumentation, with its folksy-guitar instrumental and indie acoustic vibe; Emily spoke about how “that was just Davis Naish (my producer) and I on that song, and he strummed the guitar while I sang. Only an hour or so later when we started recording the demo for it, I said I wanted to double the vocal. Its funny, cause I’ve been told, after-the-fact, that doubling a vocal usually is intended to make the sound bigger, but something about doubling a vocal with an acoustic makes me feel like I am in the songwriter’s brain. It’s intimate and dreamlike. That’s what I wanted”.

Adding to the track; earlier this month Emily also released a music video for the song, recorded and filmed from quarantine. The visuals see Emily as the focal point of video as paint strokes methodically move around her to the serene country beat, and bring to life the feeling and emotion of despair and self-reflection that is felt throughout the track. Filmed by herself and her husband, this project sees her collaborating with Bo Rinehart on the cinematography, formerly Needtobreathe, as he works to capture the heart of the track. Talking about what it was like to work with Bo on this incredible project, Emily spoke about how “[he] is so patient and willing to think outside the box or try things that might not work”. And she praised his incredible work ethic, with him having hand-painted over 1,000 individual frames over the course of a few weeks; and that, “they were also very excited about the whole process because it was something novel for him as well. We all walked away feeling proud and excited for a piece of art. It was really special.”

“The video for “Handle” was one of the most unique I will probably ever do. I had the idea of animation because of the quarantine. I knew I wasn’t gonna be able to work with a director or anything like I might normally do. Bo was someone I had worked with before and knowing how talented he is creatively, I asked what he knew about animation. Which, admittedly, wasn’t much! It wasn’t until we went back and forth with different ideas that we landed on the idea on melting real life with the dreamy 2D that he and his creative partner, Jacob Stillman made come alive on top of that. I am truly honored to the subject of such beauty. It made both Davis and I tear up when we first saw it.”

Emily on filming and making the video for Handle

Talking about potential future projects and collaborations with Bo; Emily’s responsewas a resounding “if he’s down, I’m down! I think he is aware of how obsessed I am with how this turned out”. And to add to the incredible project once more, earlier this week she also released a behind the scenes video for Handle, where she talks about the process of creating the music video.

So definitely give Emily a listen, and her brand new music video a watch! For more on Emily Hackett, and to keep up to date with her latest new music releases, head over to her socials down below and give her a like and follow!! 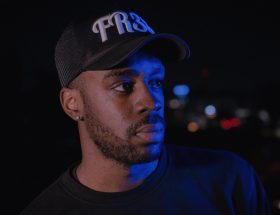 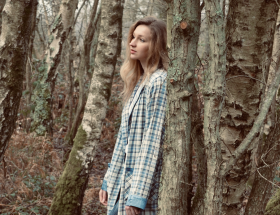