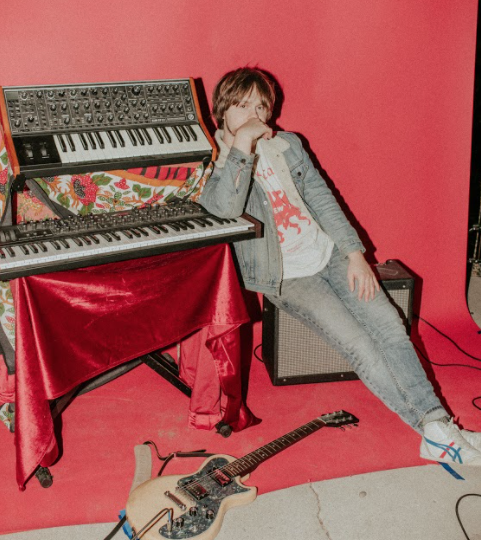 LA-based alternative artist Ellington has emerged with his incredible debut single EMT, signalling the launch of his solo artistic project.

Kickstarting his solo career; yesterday, LA-based artist and drummer Ellington (Ellington Ratliff) released his debut solo single EMT, alongside some stunning new visuals. No stranger to the music world, Ellington is best known for being a member of pop-rock band R5; subsequently going on to write, record and tour with alt band The Driver Era. And now, after gaining traction as a solo artist and producer through his incredible remixes of tracks for The Driver Era and Glass Animals, Ellington is branching out on his own; beginning this exciting new chapter of his artistic journey as he pursues his own solo adventure.

Written and produced by Ellington himself, EMT draws upon a range of generic influences from alternative to rock to indie sounds. A perfect introduction to his idiosyncratic sound and style, EMT gives off an almost autobiographical air as it delivers an honest look into Ellington’s state of mind, and dives into both his past and present realities; especially over this part year during quarantine. Introspective and candid, the track also offers listeners the ability to examine their own lives and perceptions of success.

With a dynamic alt-rock sonic style, the song is led by a gentle and pulsating drum beat that runs throughout. Filling the sonic landscape with low-tempo percussive rhythms, a steady bassline weaves its way throughout the melody; culminating in an explosion of electric guitar instrumentals as the chorus hits. With an overarchingly moody and sultry sound, the intoxicating aura of the track draws you deeper into the vibrant and immersive atmosphere of the song. Above the captivating instrumentation are Ellington’s smooth, emotive and skilled vocals; conveyed through his down to earth lyrical style and straight forward delivery.

“’EMT’ is an abbreviation of the word ’empty’ – which was my way of using my dark sense of humor to lighten the subject matter of the song,” Ellington explains. “I wrote this song during a period of my life where I was often alone and left to reflect on my past to see it more objectively. It was strange to look back on times that were seemingly great, but realized they left a bad taste in my mouth. That realization fueled the lyrics and the tone of the song, which is about observing your ego and how that can drive you off the deep end.”

Continuing the same self-produced, home-grown energy as the track; the music video was self-shot, directed and edited by Ellington at home on an iPhone, using a green screen and other effects. Filmed in his back garden and home, the video matches the high, and darker, energy of the track, with night-lit visuals, rapid cuts and fast-passed editing. Spray painting canvasses, appearing in ghost form, and running from location to location as lights flicker; the dynamic video gives rise to, and highlights, a personal and artistic transformation for Ellington, among the chaos and flashing lights.

The first taste of what’s to come on Ellington’s debut EP – expected for release next Spring; he infuses an eclectic range of influences across alternative, hip-hop, Motown and jazz to create a new, fresh sound. With more exciting release to come, Ellington has already marked himself out as an exciting new talent, and one of 2021’s ones to watch. For more on Ellington, and to keep up with all his latest music news and releases; find him on all his socials: 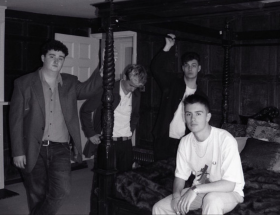 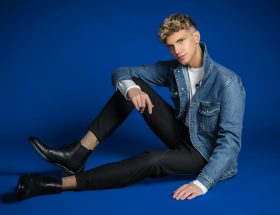 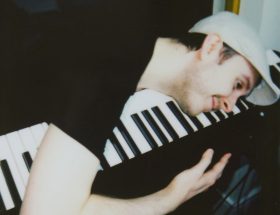