Today we’re introducing brand new band, The 202! A new UK pop band made up of Henry Moodie, Eddie Jones and Luke Scott; The 202 are just starting out on their musical journey, and we can’t wait to see what exiting things, and brand new music, is in store for us from them! Perfect for fans of The Vamps, New Hope Club and PRETTYMUCH; stay tuned for their next steps, first official releases, and be on the journey with them from the start!

Making their debut earlier this week; the band kicked things off by introducing us to their sound with their first official video, where they debuted an acoustic version of their first original song, Dance Floor. In addition to this, they swiftly followed up Dance Floor with the release of an acoustic cover of Billie Eilish’s track Bad Guy.

With a chilled out vibe, and modern indie-pop sound; Dance Floor is an incredibly catchy track, with the trio working together to create a really unique and special sound. Looking forward to more original music from the band, and hearing more of their personal sound; they’ve also been able to put their own spin the cover they’ve released, making this equally new and exciting. And I’m sure we will be hearing more fantastic covers from them in the future, as well as their own releases!

Looking forward to the future release of Dance Floor, and their official debut release; it looks like there are plenty more exciting things to come from The 202! So keep your eyes and ears peeled for more new music and releases from this exciting new band. And to keep up with everything The 202, and follow them on their journey; head over to their socials, linked down below! 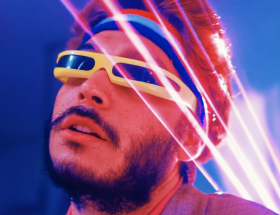