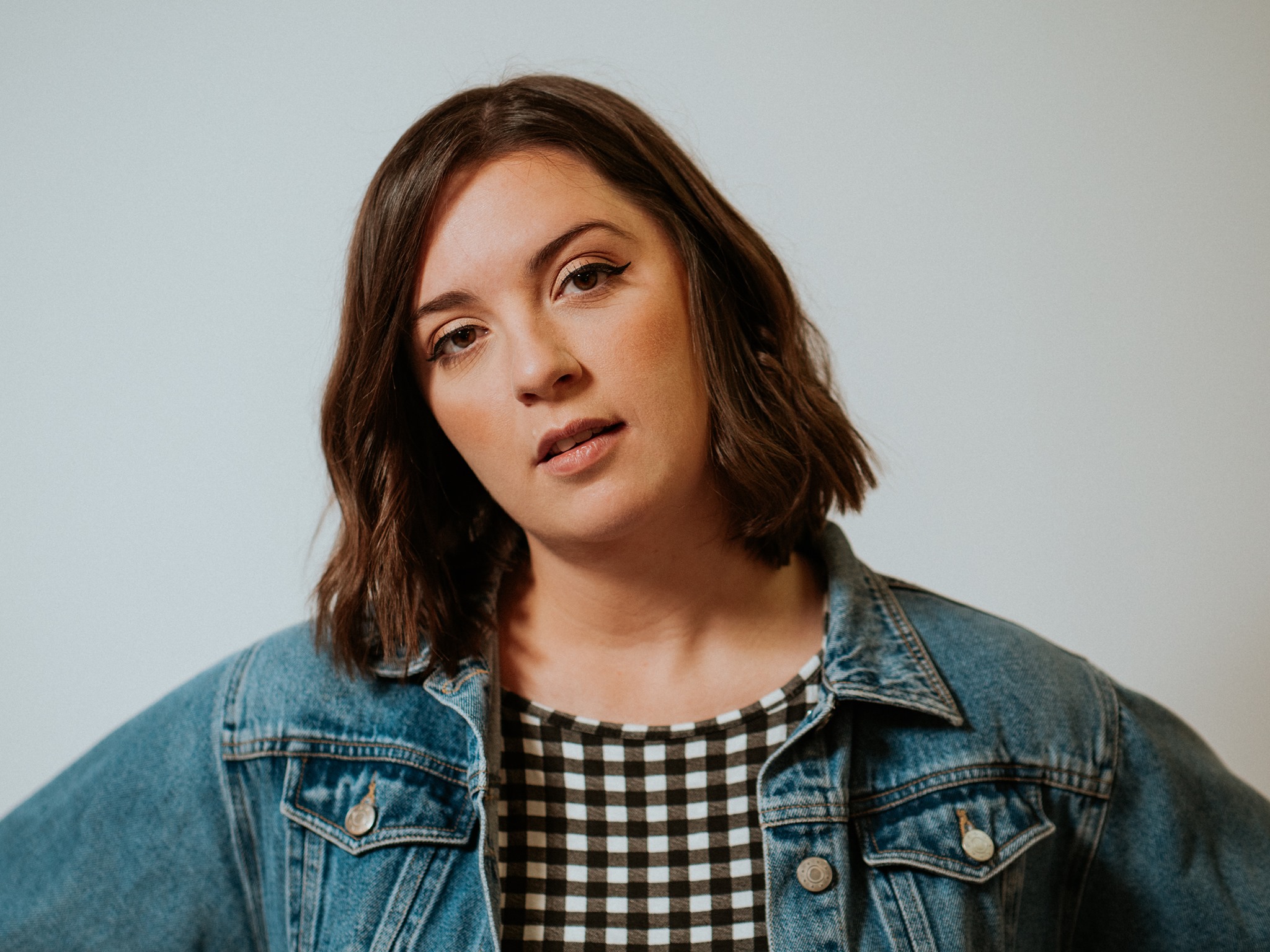 Lucy May Walker is back with new music; releasing her latest single, Bad Day, last month. With her debut EP, Heartbreak Songs, hitting #3 on Itunes’ singer/songwriter chart, and a steady stream of incredible releases; Lucy is undoubtedly one of 2020’s “one’s to watch”, and poised for big things ahead! Following the release of Bad Day, we sat down with the talented singer to chat about her latest single and plans for the rest of 2020. And with a brand new EP (Bad Day) on the way, we have even more new music coming to us from Lucy next month! So make sure to check out her upcoming EP here; and keep on reading for the full interview.

TSU: For anyone reading who isn’t as familiar with you and your music yet; how would you best sum up your overall style and vibe as an artist?

LMW: It’s always so hard to try and describe yourself isn’t it? I’d say I’m a folk-pop singer/songwriter, with influences from Maisie Peters, Jade Bird & the 2014 era of Nina Nesbitt. I’m all about the story-telling.

TSU: And throughout your journey as an artist so far, from your debut single You’re Not Alone to your latest release Bad Day; what have been the biggest changes for you musically and artistically?

LMW: I think the biggest change is probably the mood of my music – it used to be quite sad, and don’t worry I still have loads of sad songs in the bag, but this EP feels happier – that’s probably cause I stopped dating people that were no good for me. I am much more confident on what kind of sound I want, I used to be a little weary of sounding too ‘pop’ but now I just embrace that that’s what I’m best at.

TSU: Was there a distinct or defining moment when you decided that music was it for you?

LMW: Oh I’ve always known. I dreamed about making it when I was younger, but back then it was more about the classic TV Talent show route. Now that I write my own music and carved out a career for myself, I know going on a TV show for 5 minutes of fame is literally the last route I’d wanna take. Busking to no one and playing those god awful pub gigs stuck behind a door has really hardened my shell – if anything that all makes me much more determined to ‘make it’ – whatever that means.

TSU: Well now out there releasing loads of incredible music, congrats on your latest single, Bad Day! I love the juxtaposition of the uplifting country-pop melody with the overall theme of someone having a bad day, and suffering a few misfortunes! Tell me a bit more about the inspiration behind the track and how it came about?

LMW: Haha, thank you! So I had some anger I wanted to direct at someone but knew it wouldn’t end well, so I decided to put that frustration in the only other way I know how – into a song. I feel like everyone has one or two people in their life who’s done wrong by them, you know they won’t see sense so you almost want some bad karma to go their way to teach them a lesson. I’m not talking about anything majorly bad, but you know – if someone you hated stubbed their toe or stood on lego, you wouldn’t be mad about it, right?

TSU: Haha, nothing worse than lego! So you co-wrote Bad Day with the also incredibly talented Melanie Baker. What was that like working together, and are there any other artists you would love to work with right now?

LMW: Yeah, Melanie is a close friend of mine and we actually wrote the song on tour last year with Wet Wet Wet when she was playing keys for me. We had the day free in our air bnb before our next gig so we decided to write something. The song started off as a bit of a joke, but then we realised the melody I’d been playing around with really worked, and that became the verse. We wrote practically most of the song that day and then I finished off the middle 8 on my own, I remember trying to find something to rhyme with ‘Christmas’ for ages, but I got there in the end. (the word was blisters)

Co-writes used to scare me a lot, but now that I’m more confident in them, I actually prefer writing with other people. Some of the people I’d loveeee to write with are Gabrielle Aplin, Nina Nesbitt & Newton Faulkner. I’ll let you know if that ever happens…

TSU: Cannot wait!! Tell me a bit about your creative process when it comes to the song writing side of things?

LMW: I like to tell stories in my songs – most of them are always personal to me, my friends and family. I’m not someone who starts writing with a beat or a melody, when I go into a session I always know exactly what I want to write about. I think that makes the songs more real and relatable in the end – although it does mean you have to have some sort of constant drama going on in your life but you know, if it’s for art…

TSU: And as well as Bad Day, you also released another track Obsessed with You this year! What are some of the creative, and story telling, things – music/movies/tv – that you’re obsessed with at the moment!

LMW: Okay THANK YOU for asking this. In lockdown I started watching ‘How to get away with murder’ on Netflix, and omg. I’ve watched the entire 5 seasons. If you want to watch that be prepared for the commitment. I’ve been listening to Lily Moore a lot, I got taken to a gig of hers last year she has a song called ‘Over You’ that is songwriting genius. Apart from music, I listen to podcasts quite a lot. My favourites are ‘I secretly recorded my boyfriend’ & ’S*agged, Married, Annoyed’ with Chris & Rosie Ramsay, they’re good to listen to when you want a little sunbathe.

TSU: If you were having a bad day; what three songs would be guaranteed to cheer you up?

You Make My Dreams by Daryl Hall & John Oates is an instant mood lifter for me, Hypersonic Missiles by Sam Fender and lets have a good old 90’s hit – Boom Boom Boom Boom by Vengaboys.

How do you go about making your artistic choices; from things like what songs to include on a project or setlist, to the artwork on an album?

LMW: I really go off what goes down well at live shows – the ones where people can sing along to are always great for live shows, I try to put them in the middle to the end, and spread them around to keep their attention. For headline shows, I usually ask what my fans want to hear and if people say the same songs I’ll usually fit them in. Bad Day was a song I sang live for almost a year before I released it, and that was always the song people would ask me about – so it made my decision easy for it to be the single.

I normally have a good idea about artwork – but it’s also about trusting the people you work with. I reached out to Sophie Traves who is a tattoo artist in my home town of Redditch, I love her drawings and knew she’d be able to do a good job. When people heard ‘Bad Day’ live they always called it the lego song so I thought that would be a good basis to start off – I can be quite a control freak about getting things ‘just right’ but I put my trust in Sophie and she pulled it out the bag.

TSU: Back in 2018, you released your debut EP, Heartbreak Songs. What was the process like, putting together your first full length project? And what were some of the things you wanted people to take away from the EP?

LMW: Before that EP I worked with a few different producers, but finding The Dunwells was a godsend. I always say when you find the right producer for you – do not let them go. It’s so important for your team to ‘get’ you – and because we’d written together and gigged on the same lineups, they already knew me and my sound. Working with them is amazing, we always have the most fun and it’s just the best atmosphere & environment to work in. I always try to not overcomplicate my music in the studio. You can get carried away adding hundreds of harmonies and extra guitar parts that sometimes you can lose out on what the song was originally about – I wanted people to love the songs on the EP just as much as they love them stripped back & live.

TSU: And following on from your two releases this year; what can we expect for the rest of 2020?

LMW: So ‘Bad Day’ is the lead single from my upcoming EP with the same title, which is coming out on the 5th June. I am so excited for people to hear it, it has some songs on there that no one has heard before. Obviously I had some live gigs planned around the release but for now that’ll turn into more live streams until we can gig safely again. Isolation has allowed me the time to be a lot more creative, so expect lots of content around the EP – live versions of the songs, home made lyric videos… and then I have a bunch of songs I’m itching to get recorded, so I’m definitely not slowing down.

Such a pleasure to chat to Lucy, make sure to keep an eye out for her next EP dropping next month! And keep up to date with her on social media @Lucymaywalker for updates and new music to come! 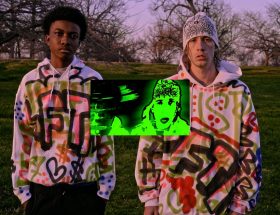 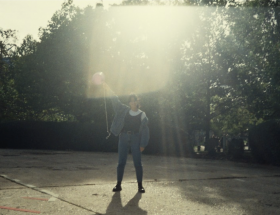 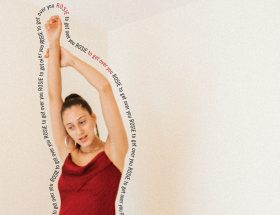 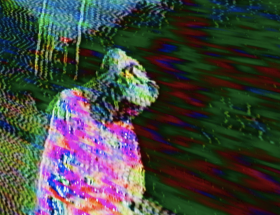