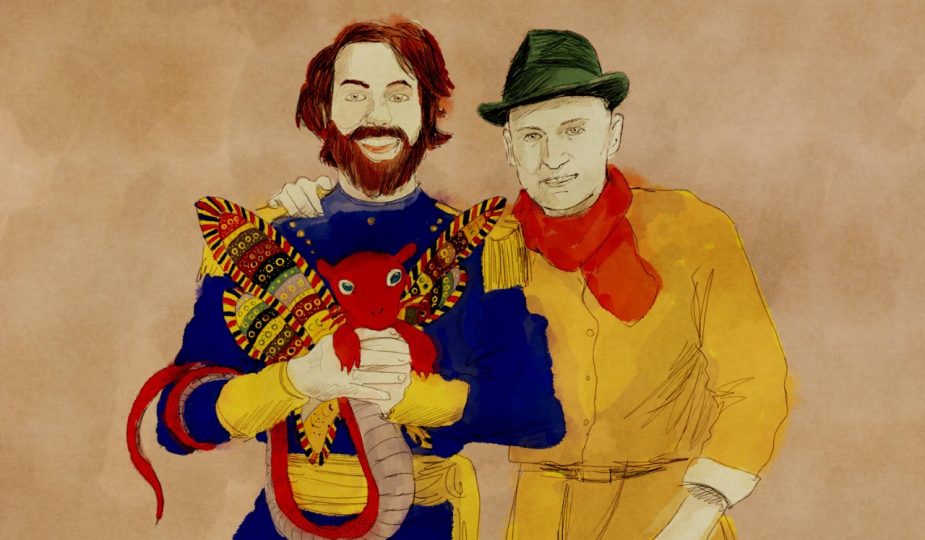 Today, Philippe Cohen Solal and Mike Lindsay are back with their first release the year with their brand new album OUTSIDER, out today. Working together to create a phenomenal concept album, OUTSIDER is a stunning musical and visual extrapolation of the work of famous American visual artist Henry Darger. 5 years in the making, the record is the brainchild of multi-talented artist, producer and composer Philippe Cohen Solal; bringing together an epic collaboration with the talented Mike Lindsay from acid folk group Tunng, Hannah Peel and the vocals of Adam Glover to create the exciting new EP. Ahead of the release, we sat down with Mike Lindsay to chat about the record, staying creative over the past year, and all things music.

TSU: How are you, how have you been over this past year?

ML: I’m well thank you, and obviously this year has been unusual for everyone in the whole world, which is probably the first time the entire population has had to deal with something simultaneously. I’m lucky to live by the sea in Margate on the South East Coast of the UK. My studio is in my house so my life has been very similar to how it was before… except no gigs, traveling or parties!

TSU: With all the craziness of 2020/ 2021, what have been some things that have kept you feeling creative and inspired?

ML: Swimming in the Sea and taking long walks have definitely kept me fresh for when I turn on the studio, shut all the curtains and delve into making sounds. Also spending time with new instruments, really digging into some late 70’s space machines! My girlfriend Lily, was teaching a Zoom art class called ‘Sound and Vision’, she was pairing a classic album, like Talk Talk’s ‘Spirit of Eden’ ,with a visual artist like Georgia Okeefe. You would listen to the album whilst making sketches and notes based on how you felt whilst listening and then make a quick painting in the style of Georgia Okeefe, so in this case it was desert scapes. Very inspiring, even just to listen, uninterrupted, to a record and concentrate on how it makes you feel. Also I love riding my Motorcycle up the coast… it’s a good way to clear your mind of everything and just feel badass…

TSU: You’re just about to release your brand new album OUTSIDER, congratulations!! The follow on from your EP of the same name, tell us a bit about how the project came about and what you were wanting to achieve with the record.

ML: Well it started with Philippe. He first thought of making an album inspired by Henry Darger back in 2003!! When he first heard about his work and life. I’ve been friends with Philippe since around 2006 when he discovered my band Tunng and every time we were in Paris or he was in London, we would hang out. Over the years he introduced me to Darger and in 2010, I visited the FOLK art museum in New York and saw his works up close for the first time, which was hugely inspiring. It was 5 years later in 2015 that Philippe came to London to work with me in my studio on starting to write and put together the record. In that time, he had done so much research and had discovered Lyrics written by Darger in his unpublished 15,000 page book “In The Realms of the Unreal”, Philippe had become friends with Kiyoko Lerner who was Darger’s Landlady and she owns the rights to his estate. She loved the idea of the record and granted us the right to use the Lyrics which we then set to music. I think we wanted to somehow bring Darger’s imagery through his words back to life and create a fantastical sonic journey through song into the Realms of the Unreal.

TSU: Leading on from OUTSIDER EP – a stunning collaboration that also featured the likes of Hannah Peel and the vocals of Adam Glover; as you continue this collaborative effort for the album, what has that partnership, and coming together for that joint creative effort, been like?

ML: Its always magic when you collaborate. This particular collaboration was like delving deep into the spell book. Such talent to play with. Adam Glover is an amazing singer, Really the best voice I’ve ever experienced first hand. He truly transports you to another time with his luxurious baritone and smooth croon. I would shut my eyes in the studio whilst recording and just float.

Hannah, I knew from a few years before as we had worked together on her first record and she occupied the studio next to mine. She is a whirlwind of instrumental mastery. Strings, Horns, Piano and her beautiful strong innocent voice of the “Vivian Girls” (Who are the Heroines in HD’s book and paintings) gave the record all the sparkle dust and drama that it needed for it to be worthy of Darger’s world and imagery. I have of course always respected Philippe and have been a fan of The Gotan Project since the first record so it has been a huge honour to work with him.

TSU: A record 5 years in the making. What was that whole process like, and what was your favourite memory of creating the album?

ML: Hearing Adam sing for the first time was a beautiful thing. That was in London for the EP. Then a year later in LA we recorded him for the album on a 40’s RCA ribbon Mic though vintage Neve preamps and that really was a golden memory for me. The studio was in China town and there was a great bar round the corner with a large red velvet curtain round the door. So, after every session we wound down in that bar feeling the glow of the record somehow like we were in another decade. We also recorded the drums in that studio with Roger Brogen who kindly put me up on his couch. On our day off he and his wife Courtney took me to Joshua tree desert for the night…. I saw Tumble weeds and a cowboy town for the first time.. Man, I’m sure that desert trip fed into the production.

TSU: Inspired by the celebrated outsider artist Henry Darger, what was it about his art that influenced you musically?

ML: The textures he uses. Cutting out and sticking on or drawing round magazine or comic characters, fused with incredibly imaginative creatures and landscapes and vivid but earthy colours. They suck you straight into his world, a world that exists in his head and then onto straight onto the painting and out with his harsh tales of child slavery and adult oppression and war.

Its scary, beautiful and melancholic all at the same time. All these emotions are very strong and it was them that we wanted to try and harness whilst collaging sounds from different decades together to try and create those vivid earthy colours.

TSU: What does art, and being a creative, mean to you?

ML: Oh… that’s a big question. Being creative, for me, is something that’s in me. I have been recording music since I was 11 with 4 track tape machines. I did it for hours every day because I kind of felt compelled to. Its wonderful to escape in that way, just to close the door and play with sound and toys to create something that didn’t exist before. It didn’t matter what the music was. I mean then it was ridicules’ covers of TV themes and heavy metal wonk with drum machines. I wish I could paint or write. These are so primal, and you only need a few tools. Writing fiction is the purist form of creativity, such magic to be able to transport a reader into a trance whilst they are travelling through worlds and narrative so very far from their own reality. We need art to survive!

TSU: If listeners were to take away one overarching message from your music; what would you want that message to be?

ML: Go and Check out Henry Darger. Put yourself in his world.

TSU: What would you say is the best way to listen to the new album, and your music in general?

ML: Well in the Case of ‘Outsider’ there are two ways. Eyes shut and immersed in the journey in your mind. Or, whilst scrolling through Darger’s artwork. Better still, there will be animations of Darger’s work done by the incredible Gabriel Jacquel and Rainbox productions

for the whole album (we already have 2) so really this is the best way to listen and be immersed in his work.

TSU: Do you have any goals set for what you hope to achieve musically this year?

ML: Just to keep creating and challenging myself with new ways to make music. Currently I’m playing with half inch 8 track tape and going backwards in technology to try and make music without a computer, like I did when I was 11. Just for fun. 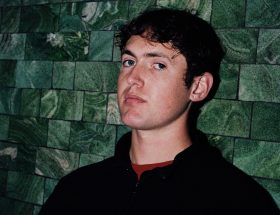 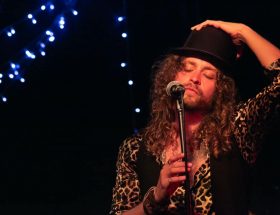 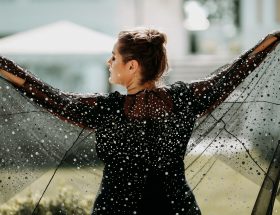