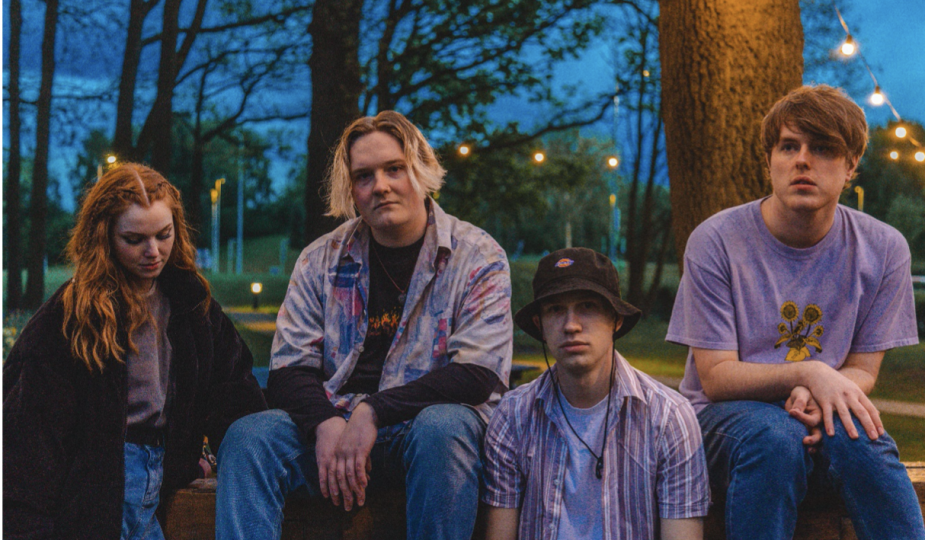 Back with their second single of the year, and showing no signs of slowing down; today, Warrington indie pop band The A.V. Club dropped their latest new release – their brand new track Better Days. Following on from their earlier 2021 release Mistakes, the band are in for another incredible year and are showcasing the latest taste of their vibrant sound and style and what’s to come. Since emerging onto the music scene last year, The A.V. Club have been capturing the attention of listeners all over with their exciting blend of nostalgic electro sounds, fused together with modern indie-pop vibes, and are a rising force within the industry; undoubtedly one to watch.

With a glimmering mass of addictive and buoyant electro beats, seamlessly laid alongside captivating and up-tempo indie-led melodies; Better Days delivers a narrative that I’m sure we can all relate to that follows the story of somebody who has been through a rough time but is now looking forward to the better times around the corner, a perfect reflection of what we’re all hoping for for the rest of 2021. Opening the track and filling the soundscape is a catchy synth instrumental that is rapidly accompanied by bold and skilled and vocals; with the track reflecting the band’s signature sound and energy while also showcasing a new side to their ever developing artistry.

Ahead of the single release, we caught up with the band to chat all about Better Days and the process and inspiration behind it. So keep on reading for our conversation with The A.V. Club, down below.

TSU: You’re just about to drop your brand new single Better Days! With such a stunning and catchy instrumental, can you tell us about the inspiration behind the instrumentation?

AVC: Yes we’re so excited to be dropping the new single Better Days which comes out tomorrow!

The song actually started as a demo written by drummer Oli – the demo was based around the 8-bit style synth intro and the lead bass riff – this was then taken to the rest of the band to be worked on in the studio with the lyrics being written by Lead Singer Joe Banks. We wanted something hard hitting and upbeat and from that demo we took the song into the studio as a full band and went from there. The main inspiration instrumentally came from some of our influences such as wallows with strong guitar parts and catchy bass riffs and the vocal inspiration came from us wanting to write something positive and uplifting with that perfect blend of nostalgia – drawing inspiration from the likes of ‘Valley’ – leaning towards the coming of age, things will get better theme.

TSU: Tell us a bit about the creative process for Better Days?

AVC: The creative process for this single has been the most enjoyable yet in my opinion, we have our own studio and having the freedom to come in when we like has been so good it just takes all the pressure off and means we can just have fun and enjoy the process! This is the first song we’ve written in this way – a demo from Oli and the lyrics written by Joe, the demo then got brought into the studio and was written over one weekend – by the end of the weekend we all said “this song needs to come out as soon as possible” we also had so many ideas flying around for a music video and we just wanted everyone to hear the song and see all these ideas that we had ASAP so we got to work and sent the song straight off for mastering!The music video has been our highlight of the whole process – shot collectively by The band and directed By drummer Oli (Of Matchbox Productions) – the music video really carries across the love we have for the song and the enjoyment we got from the entire process and we really can’t wait for people to see the final result.

TSU: What were the messages you were really wanting to convey, and hope that listeners would get, from/with Better Days?

AVC: The main theme of the song is the main lyric of the song really: ‘Better Days Are Coming’ and this really was the main message that we wanted to get across through the song – we feel as though it’s something that everyone can relate to in their own way, a message that says “today might not have been a good day but tomorrow will be better” we feel as though this speaks volumes for the last 18 months and now we can look forward to the better days ahead.

TSU: How would you say Better Days fits into your existing musical collection and the sonic direction you see yourself heading in?

AVC: I’d say that Better Days actually stands apart from all of our previous work on Spotify and maybe doesn’t fit into the same categories as the other tunes – as much as we still love our EP and our previous singles, Better Days really shows the direction we want to take The A.V. Club in. Also with this single, Freya really had the opportunity to get stuck in with this single in the studio and having her vocal right up front alongside Joes really adds a new and exciting dynamic to the upcoming singles! Sonically and musically The A.V. Will always stick to its roots of catchy synths and big guitars but the core theme of our music and lyrics in our upcoming singles carries a more uplifting and positive feel – a blend of nostalgia and optimism, a strong coming of age vibe and the feeling that everything is going to be okay!

TSU: With a real summer vibe and uplifting energy, what would you say is the best, and your favourite way, to listen to Better Days?

AVC: Maybe slightly embarrassing but I’ve listened to our new single so many times on repeat because I just love it so much and the feeling it carries with it (you’ve got to love your own music right haha?!) and my favourite place so far has been full blast in the car, windows down, sun shining, sun glasses on and not a care in the world! And we really hope that’s the feeling it gives everyone who listens and hopefully everyone can relate to it in their own individual way and find their own favourite place to listen to the song.

TSU: Your second single release so far this year; what can we expect next, and for the rest of 2021?

AVC: From The A.V. Club people can expect a lot more singles coming their way this year all carrying this same optimistic nostalgic vibes that Better Days will set the tone for. We’re so excited to get back gigging and being on stage playing live music and we can’t wait to take this new catalogue of songs we’ve been working on and show them to a live audience! 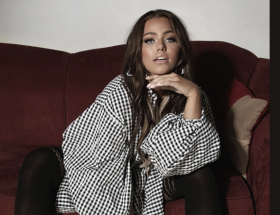 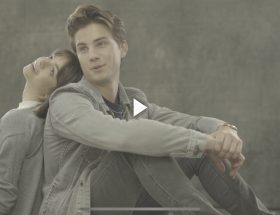 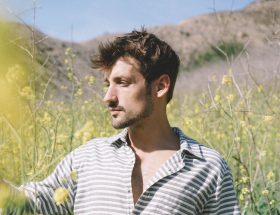