Having already delivered a series of incredible releases this year; following on from their previous 2022 singles, New Jersey band Young Rising Sons are back today with their highly anticipated debut album – Still Point In A Turning World. A vibrant 11-track album, the record features some of their previous releases, including Passenger and Standing; and once more showcases their vibrant and immersive indie-pop sound and artistry. Their biggest release to date, Still Point In A Turning World marks the start of a brand new chapter for the band, and the beginning of another incredible year. Continuing to go from strength to strength, we can’t wait to see what else Young Rising Sons have in store for us this year.

Kicking off the record, the album begins with the two pre-released singles – Passenger and Standing. Giving off vibrant and up-lifting vibes, they make for a perfect introduction to the rest of album. Following on from this, we get the first taste of something a little different on the record with track number three, Alright. Opening with punchy synth-led vocals and atmospheric instrumentals, the track dives into a really powerful, feel-good melody that builds to a dynamic, can’t miss chorus. As the record plays on, Young Rising Sons continue to deliver more of the music and energy we have come to know and love from them, and further showcase an array of different sounds and genres. From more rhythmic and groovy indie vibes on Painted Blue, to a more poignant and toned-down energy on Smile Lines; there is something on the album for everyone.

Talking about the album as a whole, the band explains how it is shaped around being present in one’s life and calling. “As an artist, it’s easy to find yourself chasing a certain sound,” says Young Rising Sons. “But with ’Still Point In A Turning World’ we mostly focused inward, shut out the rest of the world, and tried to let what naturally wanted to come out, come out.”

No doubt showcasing the best of Young Rising Sons, the album ends on a high note with the laid-back, up-tempo track, House Of Cards. With stunning lyricism to accompany the gentle instrumentation, House Of Cards leaves you feeling mellow, and like you’re ready to listen to the entire album once more. A fantastic new release from the band; to keep up with all they have to come next, make sure to head over to all their socials: @youngrisingsons 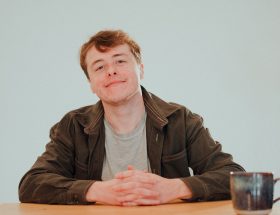 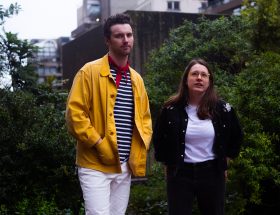 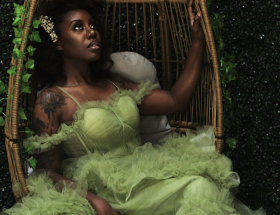